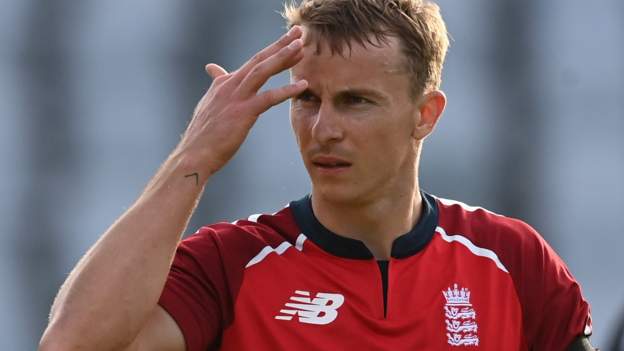 England bowler Tom Curran has withdrawn from the Sydney Sixers’ Big Bash League to spend time along with his household.

Each gamer is a part of England’s tour of South Africa, with gamers staying in a bubble to counter the spectre of coronavirus.

Curran, 25, was scheduled to affix the Sixers after Christmas.

He would have teamed up with the BBL reigning champions after finishing two weeks of resort quarantine upon getting into Australia.

However, he requested a break to spend extra time at the house and the staff agreed to launch him from his contract for this season’s competitors.

Curran stated in an open letter to Sixers supporters: “I really feel very fortunate to play for the Sixers, I’ve cherished my time with you everywhere in the final two seasons, and I can promise you, this choice was not taken evenly.

“I’ll hopefully be again for a few years to come back, recharged and able to go once more, however, for now, I simply want a while, normality, see household and be a house.”

Curran, who took 22 wickets for the Sydney Sixers in the final 12 months’ occasion, has seen the England tour to South Africa disrupted by Covid-19.