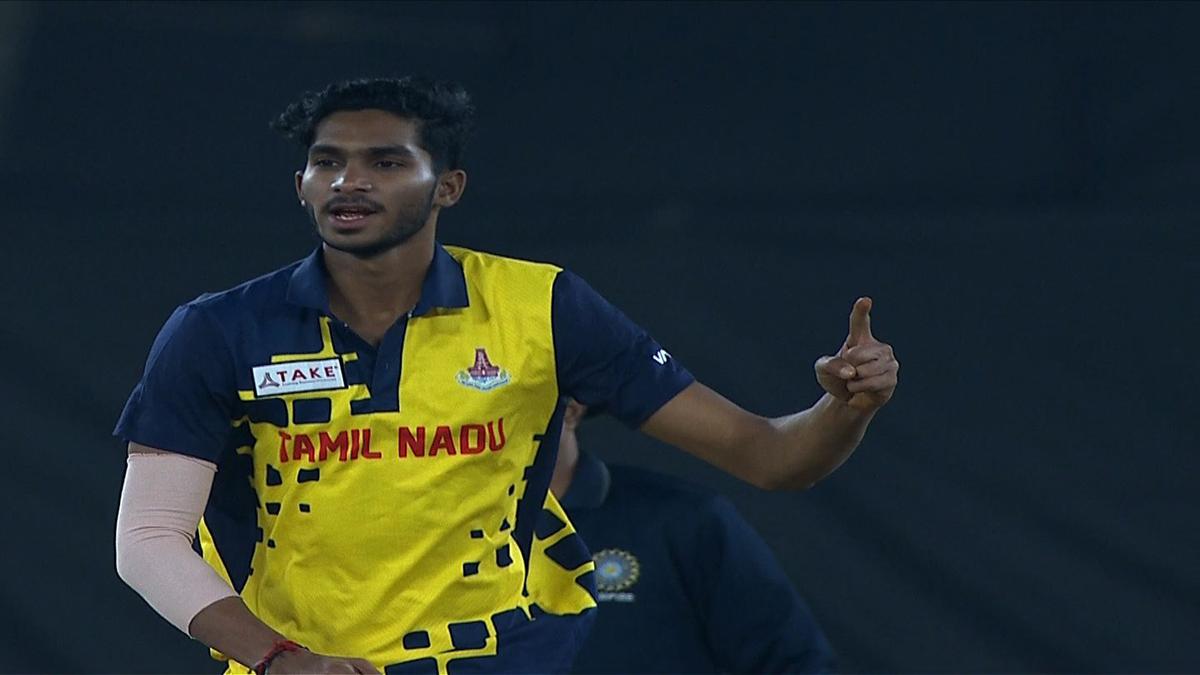 After losing the title to Karnataka last year by a solitary run, Tamil Nadu bounced again this season in commanding style because it defeated Baroda by seven wickets to clinch its second Syed Mushtaq Ali Trophy T20 on the Motera stadium in Ahmedabad on Sunday.

It was a clinical marketing campaign for Tamil Nadu – unbeaten all through the league – which chased down Baroda’s modest score of 120 with two overs to spare.

The victory was arranged by left-arm spinner M. Siddharth, taking part in his first match this year, who wrecked Baroda’s top-order with a four-wicket haul (4/20).

TN’s chase was facilitated by opener C. Hari Nishaanth’s 35 earlier than B. Aparajith (29 n.o.) and Dinesh Karthik (22) ensured Baroda by no means made its manner again into the game.  M. Shahrukh Khan then blitzed 18 off simply seven balls with two fours and a six to complete the chase in the model.

Earlier, electing to bowl first on a wicket that provided the good assist to the spinners, TN struck early. Within the second over, B. Aparajith eliminated opener Ninad Rathva. He was caught contained in the circle on the off-side going for a minimize within the second over.

On the different finish, Siddharth quickly had Kedar Devdhar caught at cover, after being hit for 2 consecutive boundaries, by deceiving him in flight. Siddharth then accounted for Smit Patel, trapped leg-before with an arm ball.

Within the ninth over, the left-arm spinner struck twice by removing Abhimanyu Rajput, caught & bowled earlier than having Karthik Kakade taking part in on to scale back Baroda to 36 for six.

Solanki and Sheth then performed cautiously to make sure Baroda didn’t get bowled out earlier than the 20 overs as they added 58 runs for the seventh wicket.

The duo did effectively to rotate the strike towards the spinners earlier than going after pacers R. Sonu Yadav and Mohammed within the ultimate 4 overs. However ultimately, it was not sufficient to recuperate from the early blow delivered by Tamil Nadu.