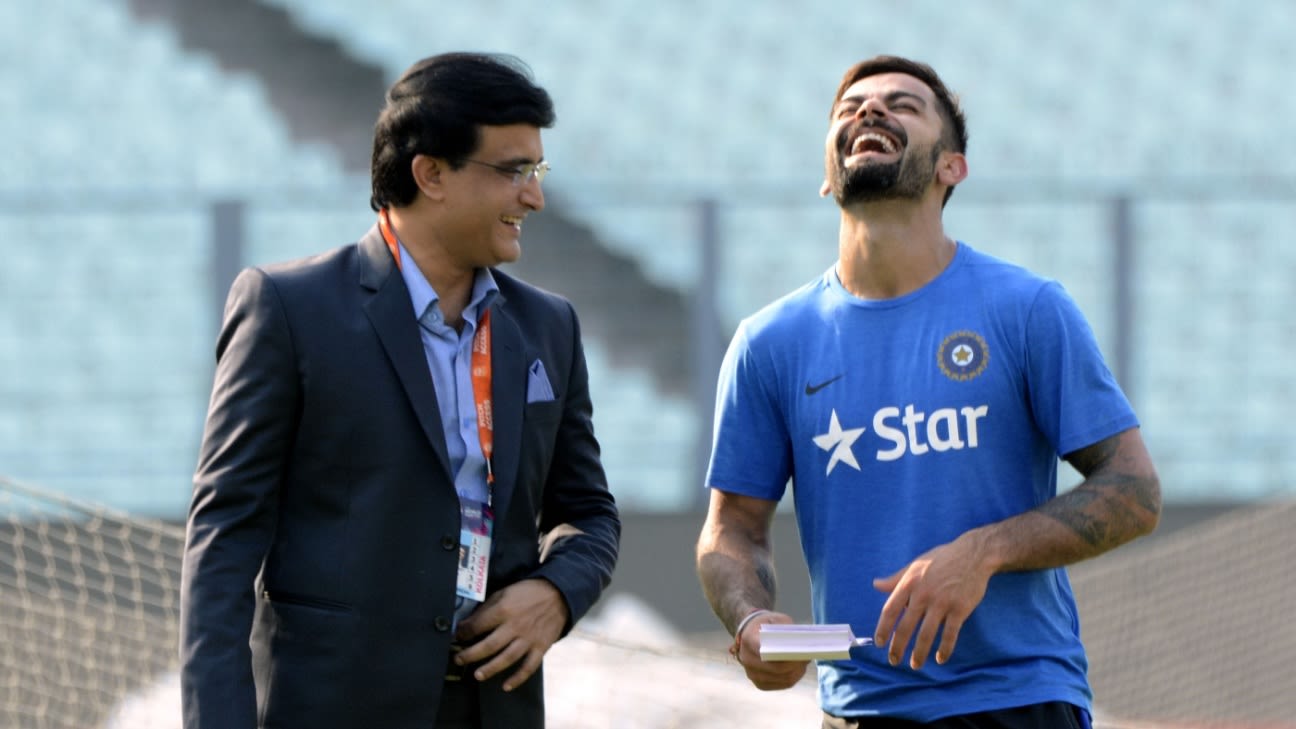 India will fulfill its Future Tours Programme (FTP) commitments and host England in February, before the 2021 IPL season, BCCI president Sourav Ganguly has said. In a letter to the board’s state associations with the subject line “Updates from BCCI”, Ganguly said the planning for the senior men’s team, including their tour to Australia in December, was in line with FTP commitments, while plans for the women’s team and domestic cricket were still under consideration.

“The senior Indian men’s team will travel to Australia for its series starting in December this year and will come back to the country for a series against England starting from February next year,” Ganguly said in the letter dated August 20, accessed by ESPNcricinfo. “This will be followed by IPL 2021 in April. The tours of the senior Indian women’s teams are also under discussion and more details will be shared shortly.”

Apart from a confirmation that India will be hosting the T20 World Cup next year and the 50-overs 2023 World Cup, this was the only definitive statement in the letter regarding India’s schedules. According to the FTP, India were already scheduled to play Australia in December, and host England for their last five World Test Championship matches in February 2021. While Ganguly said these long-term plans remain as they are, there was no mention of the three-match ODI series against Afghanistan in March that is part of their FTP cycle.

Earlier this month, the BCCI had drawn up a tentative schedule for the domestic season that is yet to be ratified by the senior officers. In that plan was a truncated domestic season consisting only of the Syed Mushtaq Ali T20 tournament and the Ranji Trophy for men, starting from November 19, and a Women’s T20 League to begin from November 1. But in the letter, there is no indication of whether those dates have been finalised.

“In the domestic cricket context, we are currently in the off season and the BCCI is making all efforts to ensure that domestic cricket resumes as and when the conditions permit,” Ganguly said. “The health and safety of players and all other involved in domestic cricket is of utmost importance to BCCI and we are constantly monitoring all aspects.”

The last bit of senior domestic cricket that happened this year was on March 13, the last day of the Ranji Trophy final between Saurashtra and Bengal. Since then, the Covid-19 pandemic has put most cricket – even training – on hold in the country.

It was understood that the BCCI was making a “priority list” of domestic tournaments, and this was reflected in the tentative schedule, which had no provisions for any 50-overs cricket for men, and a cancellation of all Challenger Trophies, across age groups, for both men and women.

As for IPL 2021, it will be the first instance of two versions of the tournament being played less than six months apart, should it happen in April. That could challenge the scheduled IPL mega auction that was supposed to be held before the 2021 season.

As things stand, the only confirmed women’s cricket at the start of the new season is the Women’s T20 Challenge that will be played between November 1 and 10, alongside the IPL. However, that would be in conflict with the tentative schedule, which has the Women’s T20 League running from November 1 to 19. There is no clarity yet on that front.

“All Members will be duly informed about the future course of action and suggestions will be taken before we resume domestic cricket,” Ganguly wrote in the letter. “We are hopeful that the Covid-19 situation will improve over the next few months and we will be able to start domestic cricket in a safe and healthy environment.”