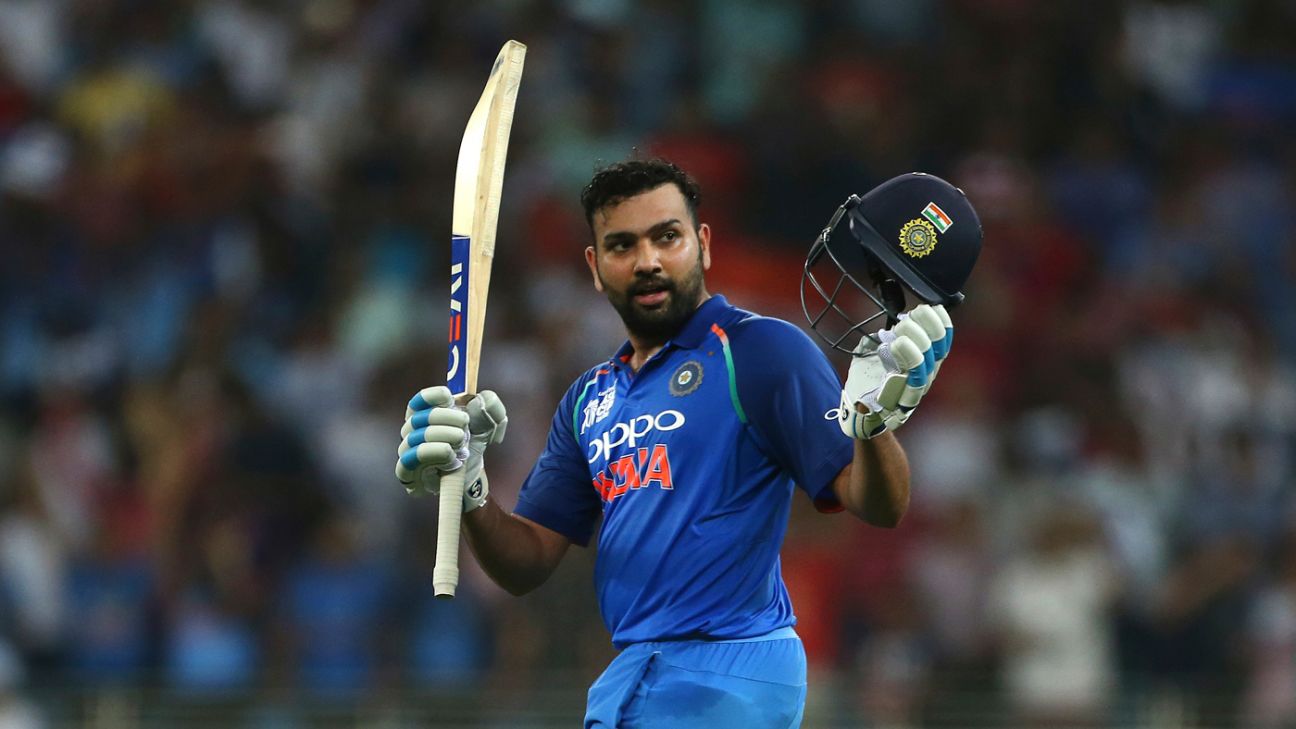 Rohit Sharma, the India limited-overs vice-captain, will be conferred* the Rajiv Gandhi Khel Ratna Award, India’s highest sporting honour, after the National Sports Awards Committee, instituted by the country’s sports ministry, zeroed in on five athletes for this year’s honours. The only cricketer to be recommended by the committee for this year’s award, Rohit is only the fourth cricketer, after Sachin Tendulkar, MS Dhoni and Virat Kohli, to have been picked for the distinction.

In a first, the awards will be held virtually on August 29 instead of the Rashtrapati Bhavan this year due to the Covid-19 pandemic.

Congratulations @ImRo45 for being conferred with the Rajiv Gandhi Khel Ratna Award, 2020, India’s highest sporting honour. He is only the fourth Indian cricketer to receive this award.

We are proud of you, Hitman! pic.twitter.com/ErHJtBQoj9

Rohit, who was nominated for the honour by the BCCI in May, was selected by the Awards’ Committee comprising former India opener Virender Sehwag and Sardar Singh, the former captain of the men’s national hockey team, who both met at the Sports Authority of India headquarters in New Delhi, reported PTI.

Rohit’s Khel Ratna Award win comes on the back of an outstanding 2019 with the bat: 556 runs at an average of 92.66 in five Test matches, all while opening the batting for the first time, and 1490 ODI runs at 57.30, including the unprecedented feat of five centuries at a single World Cup.

Ishant was India’s second-highest wicket-taker in Tests last year, with 25 wickets in six matches at an average of 15.56, including two five-wicket hauls. Deepti, who is currently placed fourth and fifth on the ICC Rankings for allrounders in women’s ODIs and T20Is respectively, took 19 wickets in 14 T20I innings last year, second-most by an Indian, and 15 wickets in 12 ODI innings.

“We went through a lot of data and considered various parameters before shortlisting the nominees,” Sourav Ganguly, the BCCI president, had said via a media release at the time of the players’ nomination. “Rohit Sharma has set new benchmarks as a batsman and achieved scores people thought were not possible in the shorter formats of the game. We feel he is worthy of getting the prestigious Khel Ratna Award for his commitment, conduct, consistency and his leadership skills.”

1725 GMT, August 21: This article, first published on August 18, was updated with confirmation that Rohit, Ishant and Deepti will be receiving their awards