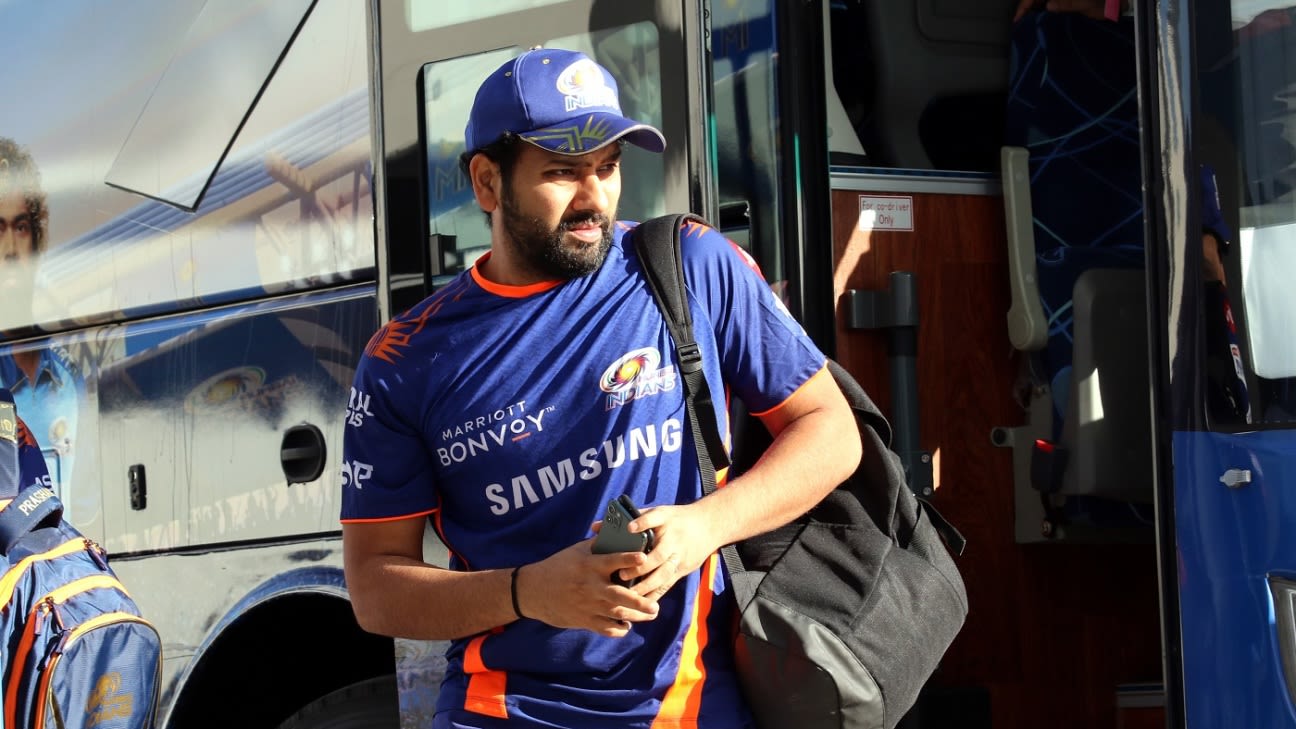 India’s head coach Ravi Shastri has revealed that Rohit Sharma‘s medical report stated that “he could be in danger of injuring himself again” and advised the batsman not to rush his comeback.

Rohit, who is recovering from a hamstring injury he suffered in the ongoing IPL, was left out of the India squad for the upcoming Australia tour on a day when he was seen hitting the nets for Mumbai Indians, sparking speculation on the status of his fitness. Shastri said the call not to include Rohit in the squad was taken by the selectors after going through his medical report.

“It’s being handled by the people in charge of the medical part of it. We don’t get involved in that. They have submitted a report to the selectors and they have gone about their business.

“I have no say, neither am I a part of the selection. All I know is the medical report which says he could be in danger of injuring himself again if he is not careful,” Shastri told Times Now.

The tour of Australia comprises three T20Is, three ODIs and four Tests. The series is scheduled to start on November 27.

Shastri further advised Rohit not to make the same mistake he made during his playing days.

“There is nothing more frustrating for a player than getting injured. Sometimes you know, you want to get out of that room of yours and try and see how quickly you can come back,” he said.

“And therein lies the grey area. Therein lies the problem where you want to go and play, you want to test yourself. But only you will know at the back of your mind whether you are 100%, whether there is a chance going at it again.” The BCCI is currently monitoring Rohit’s progress and there is a possibility that he may play for Mumbai later in this IPL.

“What I fear, I have been through that as a cricketer myself. I finished my career in 1991 when I went back to Australia when I shouldn’t have. If I had taken a break for three or four months, I could’ve played five years longer for India.

“So, I speak from experience. It is a similar case. I wanted to go. Doctors told me don’t go. It was greed. I was in tremendous form so there was this eagerness to go back. I hope Rohit’s case is not that serious and the same with Ishant (Sharma).”

Ishant, who plays for Delhi Capitals, also got injured during the IPL. Shastri said the Indian team is bound to miss players of Rohit and Ishant’s calibre.

“Both these players have had a huge role to play for us to be at the top of the WTC standings.”

In Rohit’s absence, KL Rahul has been made the vice-captain. Shastri was not surprised with the selectors’ decision.

“It is not surprising at all. He captained the side in New Zealand (during the T20I series) when Virat and Rohit were not on the field.”