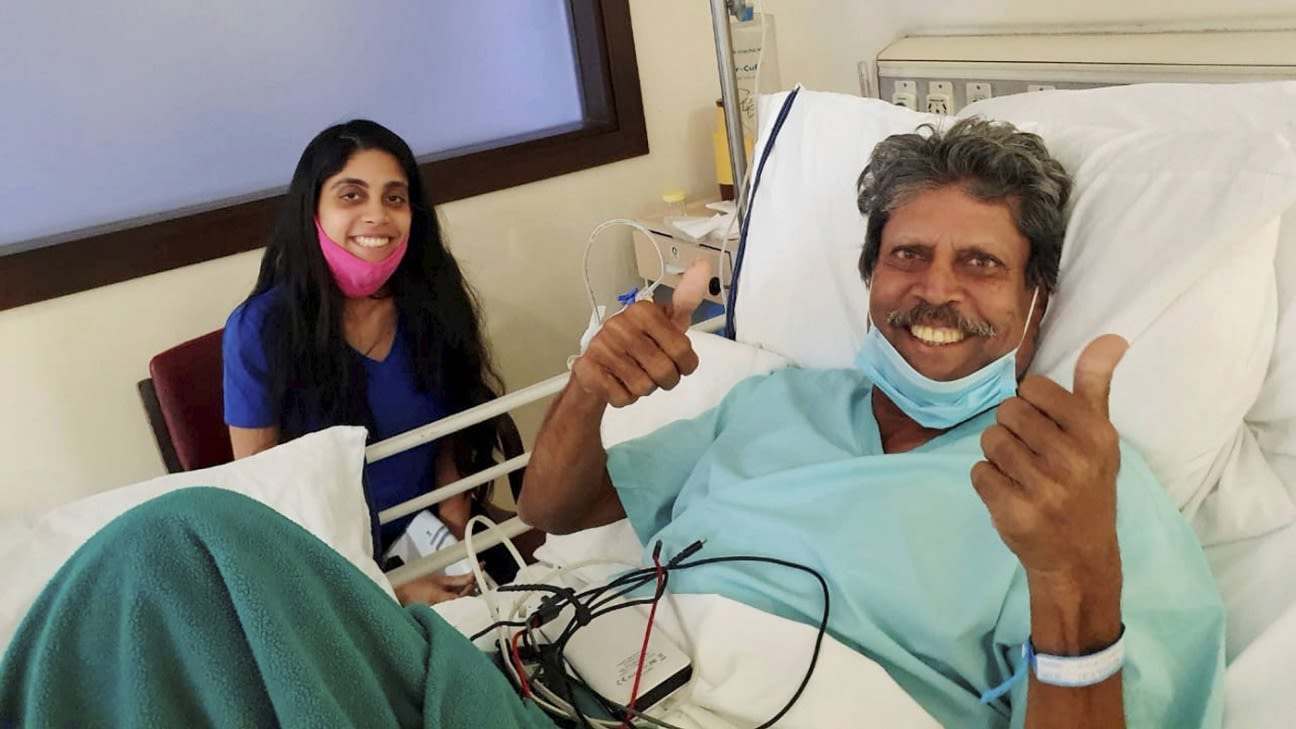 Kapil Dev ‘doing fine’ after surgery The Fortis Escorts Heart Institute, where he had been admitted, said in a statement, “He’s doing fine and can resume his regular daily activity soon. He’ll be under regular follow-up consultation with Dr Atul Mathur.”

Dr Mathur, director of the cardiology department at the hospital, conducted the procedure – an emergency coronary angioplasty, to open blocked arteries and restore normal blood flow to the heart – on Dev after he had been admitted and evaluated.

Dr Atul Mathur did Kapil Dev ‘doing fine’ after surgery angioplasty. He is fine and discharged. Pic of @therealkapildev on time of discharge from hospital. pic.twitter.com/NCV4bux6Ea