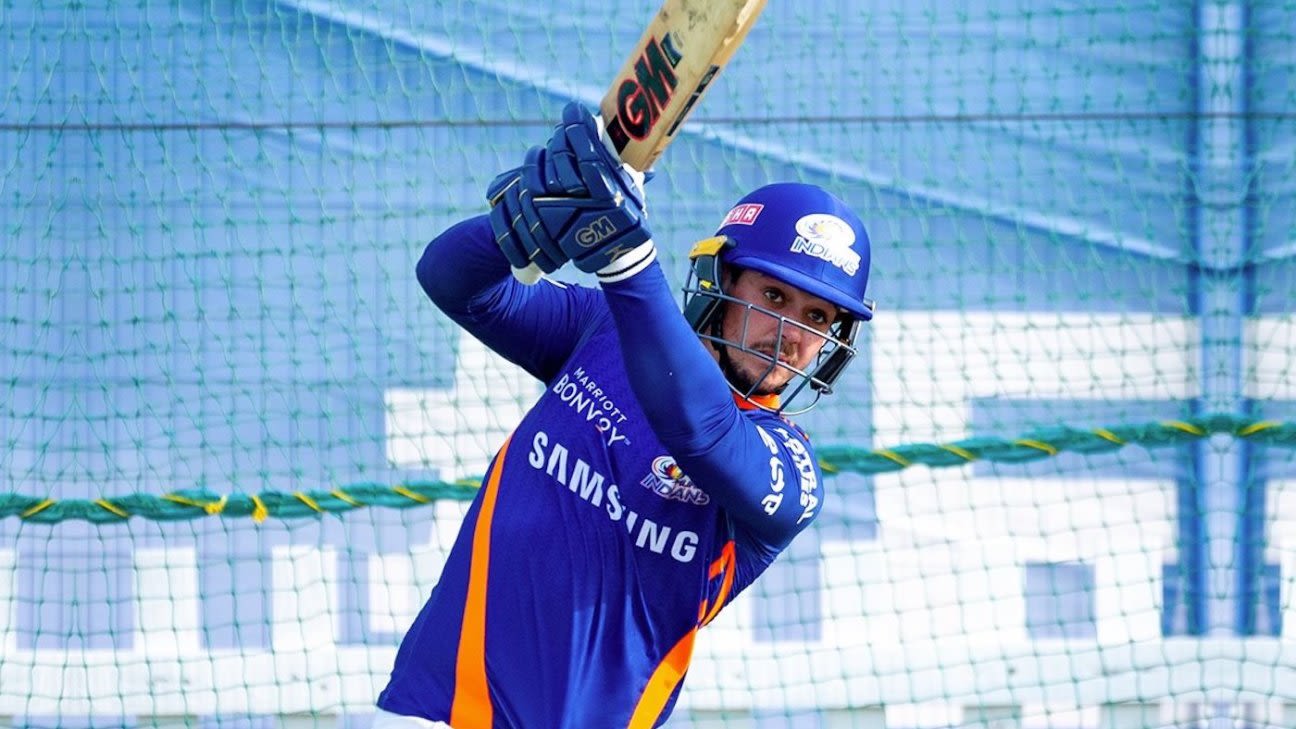 Less than three weeks to go for the scheduled start of IPL 2020, and there’s still no sign of the final schedule for the tournament. Whatever the reasons for that delay may be, it has “nothing to do with the Abu Dhabi border or the quarantine restrictions”, according to a local cricket official.

As it happens, training is in full swing for the two teams based in Abu Dhabi thanks to the “airbridge facility”. Mumbai Indians and Kolkata Knight Riders have been training since day eight of their arrival in the UAE, despite Abu Dhabi’s 14-day quarantine requirements, thanks to an “expanded quarantine facility” at Sheikh Zayed Stadium. A 15,000 square-metre area, with 15 nets, has been cordoned off at the stadium for the two teams (to use one at a time), along with an 11,000 square-metre football field for physical training.

“They have been training there since the eighth day of being in Abu Dhabi, so that’s seven days of training in what we call the ‘airbridge facility’. It’s a 15,000 square-metre extension of their quarantine, a place for them to have full-fledged training session. And they return to hotel and utilise the team rooms, and they come back to the airbridge facility the next day,” Matt Boucher, CEO of Abu Dhabi cricket, explained to ESPNcricinfo.

“Once we receive those four test reports [one prior to reaching the UAE, and then three more in six days], the government approves the teams to expand their quarantine facility to outside the hotel with a very strict passage from hotel to bus and bus to Abu Dhabi Cricket [the stadium]. It’s a strict facility, where only the players and the teams’ support staff are allowed in.

Sections of the media have said that the Abu Dhabi government has granted special permission to the teams – and others involved – to move in and out of the city, but that might not be the case. The emirate’s rules are the same as they have been for a while now, but by the time the IPL starts, the mandatory 14-day quarantine would be over for anyone who had reached the UAE in the third or fourth weeks of August. So, they would then fall under the SOPs for the tournament as put together by the BCCI, with only border-checks regulated by the authorities as teams enter or re-enter Abu Dhabi.

Reports of a spike in cases in the city are also not based on hard numbers – while there has been a rise in the UAE’s numbers, the data provided by the UAE is for the whole country and not each emirate individually.

Therefore, the BCCI has not been served up any surprises in terms of the situation on the ground, and the delay in releasing – or putting together – the schedule is very likely for other reasons. An official from one of the teams say it’s a fallout of the positive Covid-19 tests in the Chennai Super Kings camp, which might yet force the BCCI to open the tournament with a different opponent for defending champions Mumbai Indians.

As for Super Kings, team CEO Kasi Viswanathan has said that the team is ready to take the field on September 19 if required.