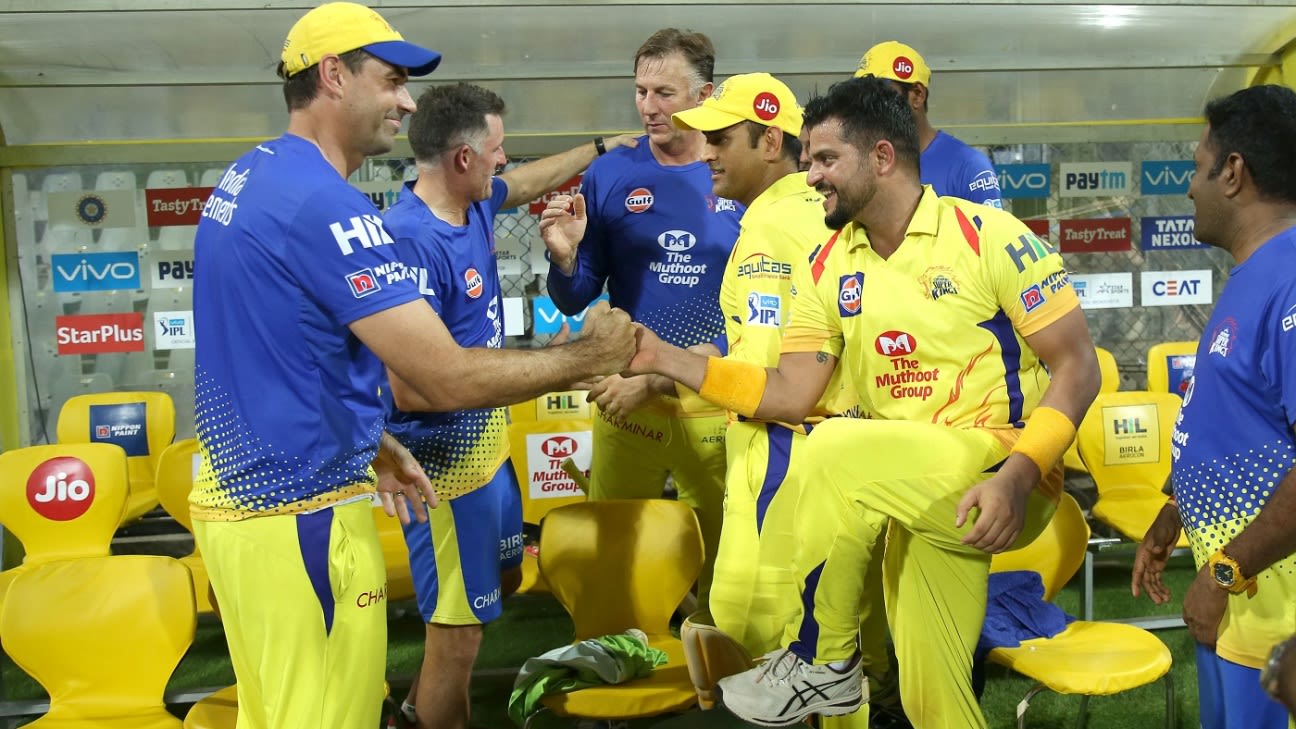 Suresh Raina has said he did not want to “take a chance” in the UAE as the situation in the Chennai Super Kings camp was “not looking good” after as many as 13 personnel tested positive for Covid-19 last week. With three weeks still to go for the IPL to start, Raina said he thought of his family back home and decided to return to India.

“When the bio-bubble is not safe how does one take a chance? I have a family with two little kids and elderly parents,” Raina told Outlook. “For me returning to the family was more important.

“It was a tough decision. CSK is also like my family but when the face of my kids surfaced in Dubai and the Covid situation was not looking good, I decided to return.”

Even though team CEO Kasi Viswanathan said via a Super Kings tweet that Raina “would be unavailable for the remainder of the IPL season” because of “personal reasons”, Raina did not rule out the chance of him returning to Dubai if the “situation” got better.

“I am a CSK player forever. If the situation gets better in Dubai, I may even return. The door is not closed on me,” he said.

Super Kings’ owner N Srinivasan, meanwhile, told PTI that whether Raina returns or not would be up to the team management – meaning Viswanathan, captain MS Dhoni and coach Stephen Fleming – and not up to Srinivasan himself. “Look, please understand, that that’s not my domain at all,” PTI quoted him as saying. “We own a team, we own the franchise but we do not own players. The team is ours but players are not. I don’t own the players.”

Srinivasan had previously expressed his unhappiness with Raina’s exit, saying the batsman would “certainly realise what he is missing”, including the money that comes with an IPL contract.

“He [Srinivasan] may have been angry,” Raina told Outlook of Srinivasan’s comments. “Srinivasan sir is like a father figure for me and he’s always stood by me and is close to my heart, he treats me like his younger son.”

Super Kings have not named a replacement for Raina and are preparing for their first training session since arriving in Dubai on August 21. They were forced to go into extended quarantine after 11 of their staff and two players tested positive for Covid-19. While those 13 were moved to a separate hotel and need to undergo two weeks of quarantine, the remaining contingent underwent another test on Monday and were found negative for Covid-19. They are scheduled for another Covid-19 test on September 3; if they clear that, they can start training from September 4.